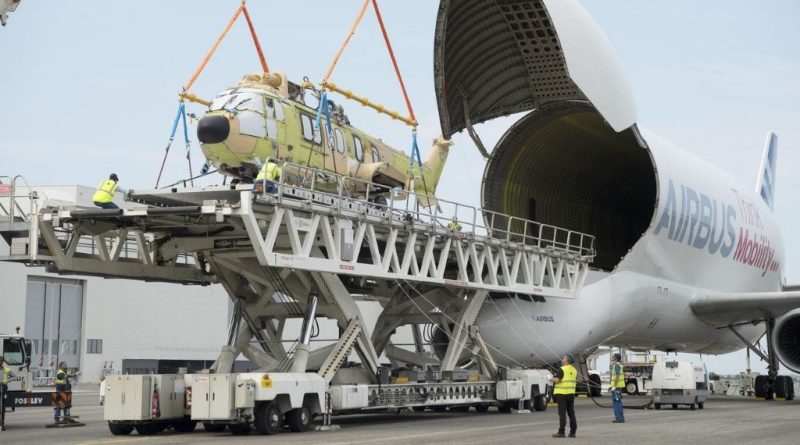 Airbus has launched a new service to offer outsized freight transportation for customers worldwide. Key to bringing this to reality is the unique capability of its BelugaST ‘Super-Transporter’ aircraft, based on the A300-600 design. Today the five-strong aircraft fleet, which has hitherto been the backbone of Airbus’ inter-site transportation of large aircraft sections, is moving on from ‘in-house’ duties.

In their place Airbus is introducing six new-generation BelugaXLs – based on the larger A330-200 platform – to support Airbus’ ramp-up of its airliner production. For the BelugaSTs, this means that a new stage in their operational life can now begin in earnest – especially as the airframes still have plenty of available flight-hours remaining before reaching their original design service limits.

The launch of the service took place during the last week of December 2021, when Beluga “No. 3” delivered a brand new helicopter from Airbus Helicopters’ manufacturing site in Marignane, France, halfway across the world to Kobe in Japan. Along the way, the Beluga stopped to refuel at various transit points – including Warsaw (in Poland), Novosibirsk (in Russia) and Seoul (in Korea). Notably, the whole helicopter could be accommodated inside the Beluga without any prior disassembly — only needing its long rotor blades to be folded back.

Over the years the Beluga fleet has occasionally been called upon over the years to transport outsized cargo (such as industrial machinery, complete space satellites etc.) ie. unrelated to its normal day-to-day job of transporting Airbus aircraft sections. With the new service, these five Belugas will be dedicated solely to transporting such cargo for commercially contracted customers. Typical industry sectors which would be served include: engine manufacturers; space industries; helicopter manufacturers; oil & gas and energy providers; machinery manufacturers; land vehicles and other military equipment; humanitarian supply distributors etc., to name a few. 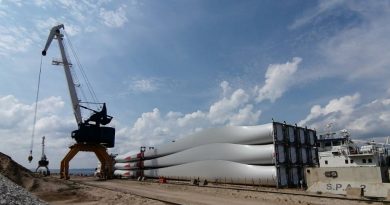 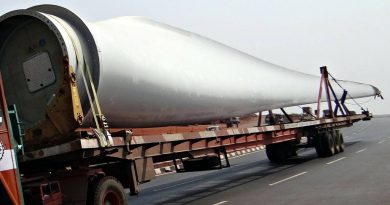