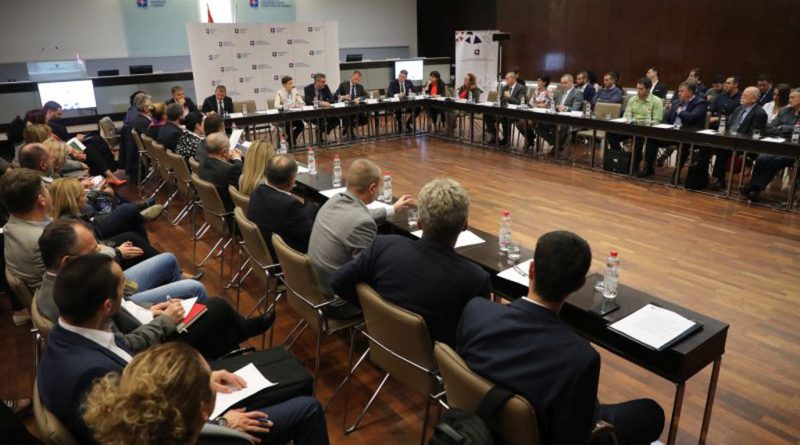 Prime Minister Ana Brnabic and the President of the Serbian Chamber of Commerce Marko Cadez held a meeting with business representatives regarding further measures to address the problem of keeping trucks with goods at border crossings.

Brnabic emphasised that waiting at border crossings are becoming an obstacle to further growth and development of the economy in Serbia, that is, trade in goods.

The state is making every effort to resolve the aforementioned problem as soon as possible in support of this meeting, which takes place just a day after yesterday’s signing of the Declaration on Free Movement of Capital, People, Goods and Services between Serbia, North Macedonia and Albania, was also explained, the Prime Minister explained.

The Prime Minister reiterated her call to other countries in the region to join this project, saying that the new border crossing with Hungary Rabe-Kubekhaza would contribute to reducing the retention of goods trucks at the crossings.

Cadez stressed the need for better cooperation in the region, as well as an agreement with all countries not to keep trucks at borders.

He assessed that the whole region should work together towards the external borders, that is, the EU borders, and to put in place measures that will help to flow more and better the goods abroad.