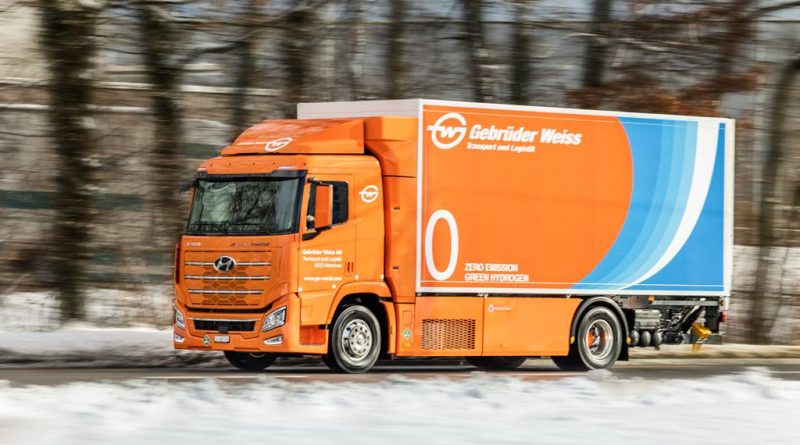 Gebrüder Weiss has had a new addition, a hydrogen truck, to its fleet of vehicles since January 25. Instead of using diesel, the Hyundai XCIENT Fuel Cell model delivered to the Altenrhein branch in Switzerland runs on what is called “green hydrogen”, meaning that this commercial vehicle is able to save around 80 tons of CO2 emissions per year.

– The coronavirus pandemic has diverted attention away somewhat from the climate change challenge, yet the logistics sector is continuing its work with manufacturers to find alternative ways of powering vehicles. With the arrival of our first hydrogen truck, Gebrüder Weiss has once again demonstrated that it also takes a leading role when it comes to sustainable solutions. Our aim is to gain experience using this technology to help us prepare for a situation where it may see wider use – says Wolfram Senger-Weiss, CEO of Gebrüder Weiss.

The Hyundai XCIENT Fuel Cell is a 36-ton truck designed to transport around 25 tons of goods with a range of around 600 kilometers. The truck is powered by a 350 kilowatt electric motor, which is supplied with electricity produced by means of water chemically reacting with oxygen. Instead of pollutants, all that escapes the tail pipe is water vapor.

The Swiss network of hydrogen filling stations is still being built, but it is comprehensive enough to enable use of such vehicles across the whole of eastern Switzerland.

At Gebrüder Weiss, the hydrogen truck primarily will be in use for a customer in the renewable energy sector.

According to the manufacturer, 2,000 such hydrogen trucks are due to be produced and delivered by the end of 2021.

– We are proud to be among the first in the world to take receipt of these vehicles. We see the H2 truck as a viable alternative to other drive technologies that exist today and, given the right infrastructure, we intend to use it in Austria and southern Germany in the future – says Wolfram Senger-Weiss.

For Gebrüder Weiss, using the hydrogen truck represents yet another step towards testing environmentally friendly drive technologies in everyday logistics. The logistics company already runs several gas-powered trucks in Austria, Germany and Serbia, as well as fully electric-powered trucks in the greater Vienna and Graz areas.

Gebrüder Weiss is also a member of the H2 Mobility Switzerland Association, which designed and implemented the world’s first ecosystem for the practical use of hydrogen to power vehicles.

With more than 7,300 employees, 150 company-owned locations and an annual turnover of 1.7 billion euros (2019), Gebrüder Weiss ranks among Europe’s leading transport and logistics companies. 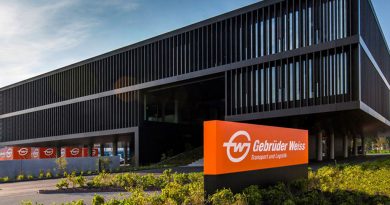 Gebrüder Weiss: own country organization in the USA commences operations 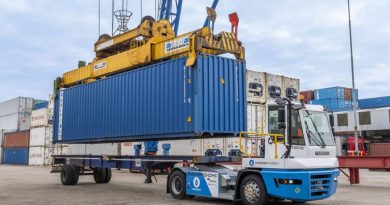 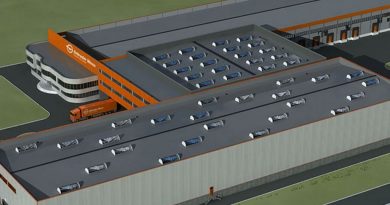